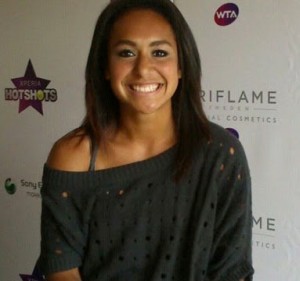 Heather Watson became the last Brit to bow out of the 2013 French Open, and went one better than compatriots Elena Baltacha and Laura Robson by winning a set.

But the Guersney’s ace 6-4 2-6 6-4 defeat to Swiss star Stefanie Voegele in a rain delayed contest means that there are no British players in the 2nd Round at Roland Garros for the first time in six years.

But Watson, the British no2, was not too far away from being back to her best following a two-month layoff from the WTA Tour because of glandular fever.

The 21-year-old said: “I wanted more matches under my belt before Wimbledon, but I will just work from here and do stuff to get fit for the grass court season.

“I’m pleased with how I played, I was aggressive. There’s two main things for me, being ready for the next shot and getting ready.”