Lucie Safarova made it six career victories over Australian wildcard Sam Stosur on Court 1 with a straight set success in 102 entertaining minutes.
The Czech ace only fired one ace in her comprehensive 7-6 6-3 triumph but was not always in command.
Former US Open champion Stosur, who suffered her sixth defeat in eight WTA Tour matches against the left hander, began confidently and racing into a 5-2 lead.
But then Safarova notched up a gear to pile the pressure on Stosur with some solid shots from the baseline and chasing every ball as though her life depended on it. And this tactic paid dividends, reeling off the next three games to level at 5-5.
Safarova forced a tiebreak and sealed that set 7-5 with controlled tennis to leave Stosur visibly fuming at making silly errors.
Stosur’s normally solid serve and and fierce forehand were both jittery, handing Safarova a perfect opportunity to book a 3rd Round berth.
Safarova held her serve immediately after breaking Stosur’s serve in the eighth game, and appears to be a force to be reckoned with this season at Devonshire Park.
American Jamie Hampton is next up for Safarova. The German-born qualifier saw off Taipei’s Su-Wei Hseih 6-4 7-6, running away with the tiebreak 7-2. 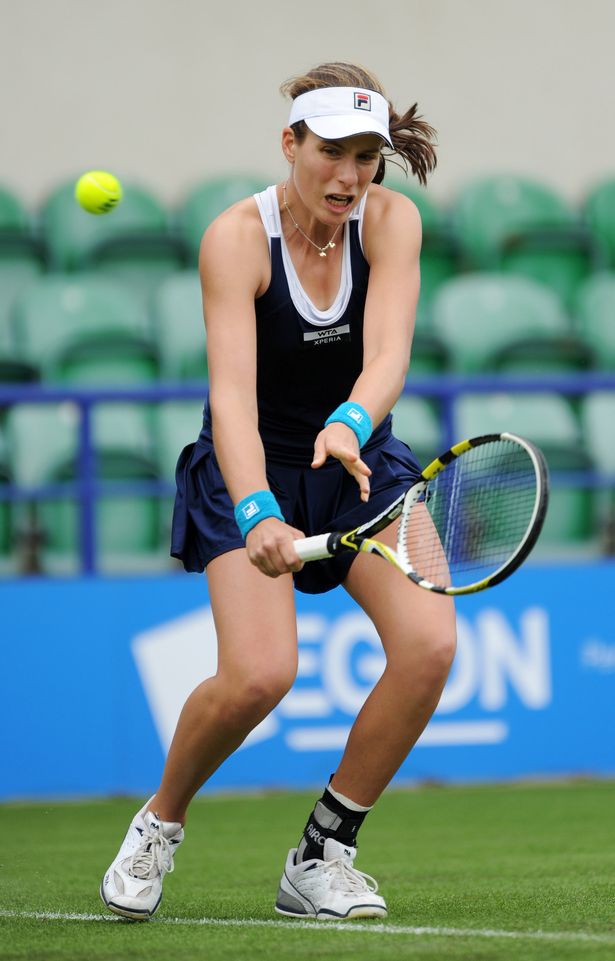 Johanna Konta, the British no3, was out of sorts to concede the knockout blow from Su-Wei Hsieh in a poor 1st Round encounter on Tuesday.

Wildcard Konta suffered from nerves on Court 3, surrounded by masses of British supporters, to stutter 6-4 6-3.

Eastbourne-based Konta, who moved to the town from Australia aged 14, was involved in a topsy turvy contest that comprised eight breaks of serve.

Konta trailed 4-2 in the opening set before squaring matters, only to allow Hsieh to break to take an important lead 6-4.

And Konta fluffed three break points in the next set, which lifted Hsieh to belatedly hit top gear and race away with the match.

Taipei’s Hsieh, the world no44, had showed more nous and experience to pick up the big points and wrap up each set once victory was in sight.

But Konta was not too dispirited ahead of her shot at Wimbledon and admitted: “I definitely had a tough match going out there and think I played quite well, it was just that she just took better advantage of her opportunities than I did.

“It was a good experience making my debut at Eastbourne, but I’ll go back to the practice courts.

“It’s all positive going into Wimbledon because this is another match under my belt and more experience playing girls at the top – I look forward to moving on from here.” 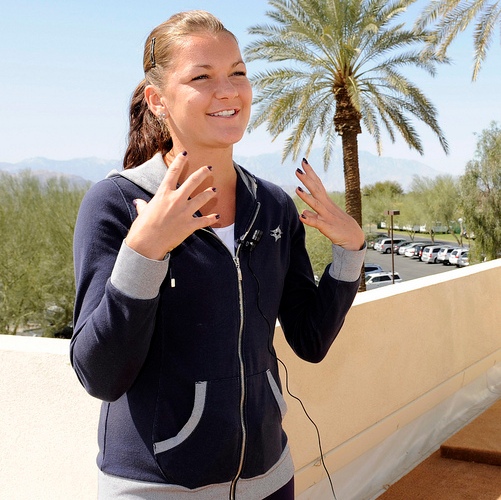 Sara Errani, who brilliantly battled her way to the semi-finals at Roland Garros, misses Eastbourne with a late withdrawal.
The exciting Italian is suffering from both a foot injury and an abductor strain.
But her loss has elevated Aussie ace Sam Stosur to provisionally become a seeded player, although that is dependent following her shock exit at the 2013 French Open.
Russian regular Nadia Petrova and France’s Marion Bartoli are battling it out with Stosur to take the final no8 seeding.
Stosur, who only made late applications for wildcard entries at both Birmingham and Eastbourne grass court court events, will be among the players expected to progress during the week-long tournament.
With Li Na also granted a wildcard entry following a poor performance at the 2013 French Open, then the Chinese no1 has stepped into the shoes of Errani to take over as no2 seed. Li will be extremely eager to kick start her grass court season with progress at Devonshire Park.
Two former Eastbourne champions, top seed Agnieszka Radwanska and Denmark’s Caroline Wozniacki will provide stiff opposition on their favourite surface.
Angelique Kerber fluffed five match points in the 2012 AEGON International final to Austrian ace Tamira Paszek, so the German star will be determined to go one step better having learnt from her mistakes.
Former Wimbledon winner Petra Kvitova as never had much luck at Eastbourne, and the Czech Republic ace will be keen to put that record straight ahead of SW19.
Maria Kirilenko and Serbian star Ana Ivanovic will bring glamour to the courts as well as their amazing array of tennis weapons, although the Russian is unlikely to make much impact in a tough draw.
Seeds are:

Other players set to compete at the 2013 AEGON International are:

The 24-year-old Pole has been a regular favourite at the AEGON International and amongst the large Polish community in the seaside town.

Ex-Eastbourne winner, and briefly the world no1, Caroline Wozniacki returns to the AEGON International keen to sharpen her grass court skills ahead of The Championships at SW1.

Czech ace Petra Kvitova knows how to win on grass, having been crowned Wimbledon champion but failing to then crack the world’s top three as predicted by experts and former players.

Rising star Sara Errani of Italy and seasoned professional Marion Bartoli of France are among other big guns who will be fired up for a shot at glory.

The players set to compete at the 2013 AEGON International are:

The Russian was always in command in their 1st Round clash, and showed the skills that made her a multiple Junior Grand Slam champion.

Oudin came through qualifying and won eight matches in total. Her reward was The Maud Watson trophy, a cheque for $37,000, a jeroboam of Moët & Chandon champagne – and a wildcard into Wimbledon.

“This was a really great tournament for me and I’m definitely looking forward to coming back,” said the 20-year-old.

“It really helped me playing qualifying here, I played better and better each match. I love playing on grass.”

That certainly showed against Jankovic, who was looking for her first title in more than two years but has been back to her clean-hitting best this week.

Oudin’s forehand was particularly impressive and she combined that with a mix of power and slice off the backhand side.

“It was a great, great week for me and I definitely feel like I got better and better with each match.”

Oudin announced herself as a star of the future in 2009 when she followed a fourth-round run at Wimbledon – where she beat Jankovic – with a quarter-final appearance at the US Open.

She has had some difficult times since and she came into the AEGON Classic ranked outside the top 200.

With the title, she will move up to around the 125 mark. She learned before playing the final that she had been given a wild card into Wimbledon as recognition of her current form.

“I’m a lot more mature now and a lot smarter. I’ve learned a lot about the game of tennis, about my game and how I want to play, what I’m capable of. I’ve learned to play within myself, not try to do more than I can.”

For Jankovic, it was also a productive week, although she was disappointed to have missed out on a 13th career title.

“Overall I’m really pleased with the week. I had a lot of good matches here,” said the Serb after her 27th WTA singles final.

“I was happy to be competing and to be at this stage of the tournament. To be in the final is always great.

“Obviously I’m disappointed to lose in the final but at the same time it’s a good result for me right now. It’s just the beginning and it’s good for my confidence.”

The singles final was delayed until Monday after several days of rain.

Provisional players for Eastbourne, not all in the main draw, are: