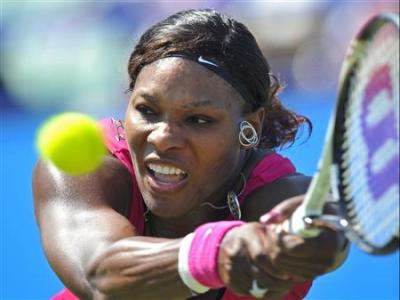 Serena Williams, who made her WTA Tour comeback at Eastbourne’s 2011 AEGON International to much fanfare, admits that her coach waited patiently for her return.

Williams, who missed virtually a year off the professional circuit from 2010 until competing at the 2011 Devonshire Park Wimbledon warm-up event, claims that Sasha Bazhin won’t find a better hitting partner.

According to Williams, Bazhin – her long-term hitting partner and coach – did not seriously consider switching allegiance to coach Serb Jelena Jankovic.

I heard about Jankovic’s interest, but it seems to me that he was not interested to go as he knew that I would return – and it’s unlikely that Sasha would find someone better than me!