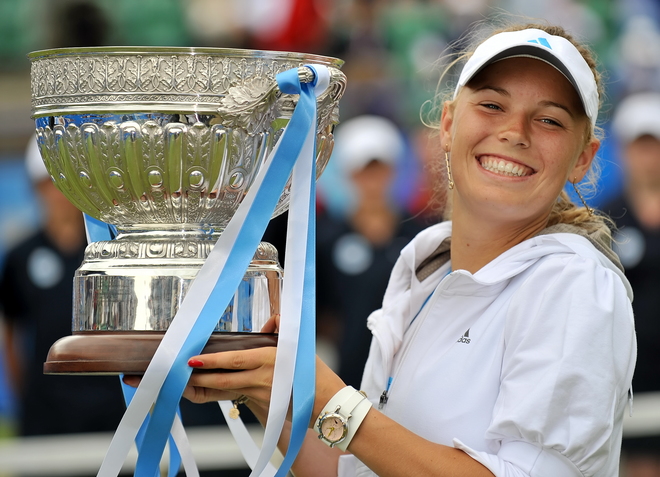 Caroline Wozniacki has a daunting task ahead if she is to successfully retain her Eastbourne crown, won so spectacularly in 2009.

The great Dane needs as much bite as she can muster with the draw comprising six of the current world’s top 10 players.

With such a strong field, it has been no surprise that there are some really tough opening round draws that would be worthy of a final at most other events.

Wozniacki faces in-form French star Aravane Rezai, who won the Madrid Masters on clay that allegedly upset compatriot Martoli Bartoli because of all the media attention at the 2010 French Open.

Bartoli has reached three successive semi-finals at Eastbourne, but will need to be back to her best if she is succeed again. While Shahar Peer, tipped by numerous former players as a future Wimbledon champion, is surely due some long overdue success at Devonshire Park.

Clijsters is on the comeback trail and although is a favourite with the fans may not entertain the crowds for long as she has to face Fed Cup team-mate Yanina Wickmayer.

Francesca Schiavone, the newly-crowned French Open champion, may not be a grass court expert but should easily see off Kuznetsova if they both reach the second round. Kuznetsova fell out of the world’s top 10 for the first time in over four years after being bounced out of the French Open early.

Big-serving Sam Stosur, runner-up at Roland Garros, has dramatically improved since the semi-finals at Eastbourne 2008 but her sternest test is likely to be a quarter-final clash against 2010 Australian Open semi-finalist Li Na.

The Chinese ace picked up the grass court title at Birmingham on Sunday with a comfortable win over former Wimbledon champion Maria Sharapova.

Francesca Schiavone’s surprise victory on the clay courts at Roland Garros has inspired the Italian football team ahead of the FIFA World Cup finals in South Africa.

Milanese ace Schivone became the first woman outside the world’s top10 to win a grand slam singles title since 1933. The 2009 Wimbledon quarter-finalist (left) outplayed Australia Sam Stosur in the final at Paris.

When Schivone was quizzed what makes her game so special, she claimed: “Going over the limits, and being everything you can be in two hours.”

Justine Henin, desperately seeking to win Wimbledon, but has opted to skip 2010 Eastbourne.

The Belgian ace has signed up for the grass court UNICEF Open at Rosmalen in Holland, as she warms up for the only grand slam event to elude her.

This will only be Henin’s eighth event since returning to the WTA Tour, following her shock fourth round 2010 French Open exit to Australian Sam Stosur.

I knew that 2010 was going to be difficult, I thought it would be a year of transition. I’m getting used to dealing with situations.

Brits back in business

British no1 Elena Baltacha, who warmed up for Eastbourne by winning the AEGON Trophy at Nottingham, has done enough to climb up the world rankings and claim a wildcard entry into the event at Devonshire Park.

And compatriot Anne Keothavong, the ex-British no1 before a long-term injury, has also been handed a wildcard to the event.

Scottish star Baltacha (pictured), plagued by injuries for years, only rejoined the world’s top 100 in early 2010 but she has been cutting her way through the world rankings ever since.

Delighted with her form and playing at Eastbourne, she said: “There’s nothing like playing in front of your home crowd, but like always I’m going to give it everything I have.

“I always join the week as the grass plays similarly to Wimbledon. I’ve got a lot of friends down at Eastbourne, so I always end up staying the whole week.”

Kim Clijsters, the 2009 US Open champion, will be making a return appearance at Eastbourne’s Devonshire Park this year despite missing the 2010 French Open with a foot injury.

Clijsters will use Eastbourne to warm-up before competing in the singles and mixed doubles – with compatriot Xavier Malisse – at 2010 Wimbledon.

The former 2005 Eastbourne singles winner briefly left the WTA Tour to have a baby, but has made a dramatic reappearance on the professional circuit.

Eastbourne’s one of my favourite events. I won it in 2005 and I can’t wait to challenge for the title again.

Kuznetsova’s quick on the draw

Svetlana Kuznetsova has stepped in to replace her injured Russian compatriot Elena Dementieva at the 2010 AEGON International.

The ex-Eastbourne champion, who was knocked out of the third round at Roland Garros while trying to defend her French Open title, is desperate to rediscover her form for Wimbledon after falling out of the world’s top 10 for the first time in a decade.

I’m delighted to have been awarded this wildcard to Eastbourne, it provides excellent preparation for Wimbledon. It brings back good memories after my victory there in 2004. Without playing matches, it’s hard to win. 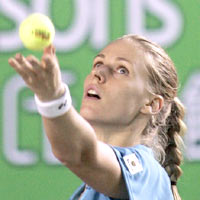 Dementieva down and out

Elena Dementieva, who claimed that she had played at Roland Garros with a torn calf muscle since the second round, retired with the injury at the semi-final stage.

The no5 seed (pictured) in Paris received treatment during her French Open quarter-final victory over compatriot Nadia Petrova, but did not require a physio on the Philippe Chatrier Court against the Italian.

“I’ve a tear in my left calf, so it’s very painful to even walk,” she said. “Today was just a sharp pain and it was a bit too much.”

Shahar Peer returned to her native Israel for a break before her grass court season kicks off at Eastbourne, where she aims to edge ever closer to being a top 10 player.

Her clay court season displays, including semi-final spots at Madrid and Stuttgart as well the last 16 at the French Open, has lifted her to world no14 going into the 2010 AEGON International.

Coach Pablo Giacopelli said: “Peer will get to the top 10 this year, or at least get very near to it, but the key is about staying there.”

No risk for Robson

Laura Robson has opted to qualify for the Birmingham grass court tournament ahead of Wimbledon, but skips the 2010 AEGON International as she has accepted a wildcard into the WTA Tour event of the Unicef Open in Rosmalen, Holland.

The event in the Netherlands is run by her management company, Octagon, and her coach Martijn Bok is also Dutch.

But the teenager was not a popular player after referring to other WTA Tour players as “sluts”. She later apologised for her jibe. 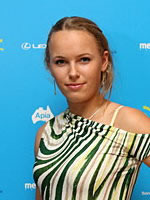 Great Dane back for third bite

Defending champion Caroline Wozniacki, the Danish ace, will make it a hat-trick of appearances at Eastbourne by playing at Devonshire Park.

The 2009 US Open runner-up is a grass court expert and relishes the chance to play on the surface prior to The Championships.

“I’m really excited to defend my title,” enthused Wozniacki “And I can’t wait to return to England for the grass court season.”

One thought on “2010 Ladies pre-tournament news”