Choking in sport is somewhat of an unusual excuse for failure, and something that has foxed spectators and experts alike.

But there have been so many occasions when the sheer weight of the on-watching world proves too much and some cracks show, even greats like Steffi Graf was not immune from choking.

Unfortunately, the reason behind this is rarely physical so is own to mind games. Even the warm-up at tennis can shatter your opponent before the match.

A clever combination of sportsmanship, manipulation and intimidation has began, which obviously plays a major role in the final result.

Despite this form of sportsmanship taking place, once the strong-minded opponent has overcome their initial doubts about themselves then they are likely to bounce back and make it a two-horse race.

This is when the underdog gives the favourite a run for their money, and surpasses their own belief by destroying their opponent.

The unpredictably of results in tennis, and indeed in other competitions, are what help make sport so watchable and immensely popular.

Over the years, tennis has seen a string of famous matches turned upside down by an incredible result after players have fought back from the jaws of defeat. Although there are too many to mention, our choice of three unforgettable Grand Slam matches are:

“The warm-up can shatter your opponent before the match.”

You cannot be serious!

Although this was an intriguing contrast between the ill-tempered New Yorker and the ice cool Lendl, it took an incredible twist after McEnroe let off steam in the third set – to a noisy cameraman!

McEnroe seemed to be racing away with the title by steamrolling the opening two sets at Flushing Meadow, and losing only five games. 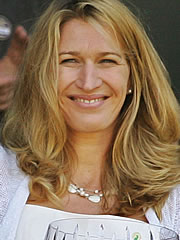 With Graf the favourite to triumph at SW19, the German ace gained an immediate advantage by claiming the opening set.

But Novotna turned on the style and upped her game to hit back with 10 games out of the next dozen.

Despite a 4-1, 40-30 lead, Novotna suddenly crumbled under the intense pressure by serving a double fault. And these two serves made a mockery of the contest being a Grand Slam final, as they were more like a Benny Hill or Mr Bean sketch.

Her shame, followed by a series of walks to her chair that would not have been out of place in the infamous Monty Python’s ‘Ministry of Walks’ skit, resulted in her game nose-diving to the German.

With Graf gifted the upper hand, five successive games earned the Championships courtesy of a 7-6, 1-6, 6-4 triumph. 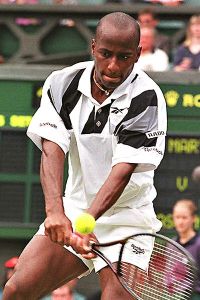 With an all-American clash for a place in the final – and indeed the Wimbledon history books – the giant Martin relied on his strong serve to march away with the opening two sets.

And with victory there for the taking, Martin was almost past the finishing line with a 5-1 lead. Twice he served at match point and twice Washington saved his skin.

Yet the shock of being so close yet so far seemed to play against Martin, who surprisingly succumbed to a shock five-set reversal on the hallowed turf at SW19.

But Washington’s magical powers deserted him in the final, where Holland’s Richard Krajicek was crowned Wimbledon champion.